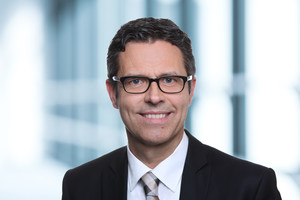 Burkhard Rüscher provides advice to and represents his clients particularly in the field of condominium law. Other areas of expertise of his activity are private building law and property developers law.

From 1990 until 1995, he studied law at the University of Regensburg. He completed his post-graduate traineeship from 1995 until 1997 in Regensburg, too. Subsequently, Burkhard Rüscher worked with a law firm in Munich specializing in private real estate law, before he joined SNP in 2010.