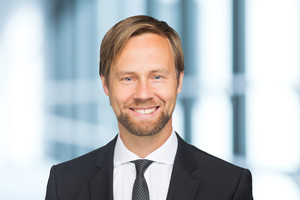 As a certified banking and capital markets law attorney Moritz Pohle advises various credit institutes and financial service institutions and represents them throughout Germany in disputes in and out of court. He also advises medium-sized enterprises from different industries in contractual matters and takes over their legal representation. Moreover, he is a member of the supervisory board of a bank, that operates as a securities specialist at the Frankfurt Stock Exchange.

He studied law at the universities of Marburg and Freiburg, and European and international and business law at the Ludwig Maximilian University in Munich (LL.M.Eur). Having completed his judicial service training at the court of first instance in Freiburg, Moritz worked in the offices of a law firm in London before joining SNP in January 2001. After about ten years in their Munich office Moritz established the new office in Freiburg.