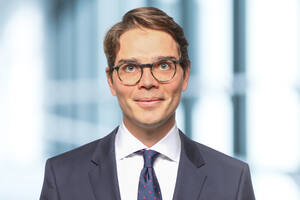 Dr. Wolf Beck advises and represents corporations and partnerships as well as their executive bodies and shareholders in all areas of corporate law.

One focus of his work is assisting managing directors, board members, supervisory board members and other board members in fulfilling their legal duties (so-called corporate housekeeping), for example in preparing and conducting shareholders' meetings and general meetings.

Another focus of Dr. Beck's work is the drafting of articles of association and accompanying regulations such as pool, shareholder and investment agreements. In this area, he frequently advises family businesses in which the shareholder base is expanding due to the inclusion of the next generation, as well as start-ups in financing rounds.

Due to his work and experience in corporate and inheritance law, Dr. Beck frequently advises in the area of corporate succession.

In the field of intellectual property, Dr. Beck primarily advises on competition law, trademark law and the protection of trade secrets.

In addition to his advisory work, Dr. Beck has many years of extensive experience in court.

We use cookies so that we can offer you the best possible website experience. This includes cookies which are necessary for the operation of the website and to manage our corporate commercial objectives, as well as other cookies which are used solely for anonymous statistical purposes, for more comfortable website settings, or for the display of personalised content. You are free to decide which categories you would like to permit. Please note that depending on the settings you choose, the full functionality of the website may no longer be available. Further information can be found in our Privacy Policy.