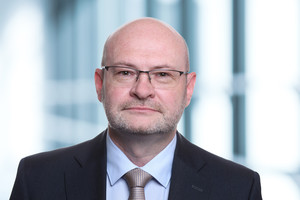 Dr. Stefan Dietlmeier studied at the universities of Regensburg, Cologne and Munich. After a work stay in the USA and as trainee in an English law office, he joined SEUFERT Rechtsanwälte in Munich as attorney at law in 1992, at first as an associate, and then as a partner for 17 years (until 2014). Dr. Dietlmeier provides public and private business law consulting mainly to German corporations and subsidiaries of Austrian and Czech companies of various industry sectors such as the oil, gas and electricity sectors, the plastics industry and the special chemicals industry, automotive suppliers, as well as energy corporations and associations. The tasks primarily consist in transactions, reorganization/succession issues, drafting of contracts, plant approvals and associated areas such as public procurement law and expropriation law issues.

He is cited as a frequently recommended lawyer for corporate and administrative law in JUVE German Commercial Law Firms. The law firm monitor of the German Institute for Legal Departments and Corporate Law recommends him in the areas of corporate law, capital market law, public law and contract law.